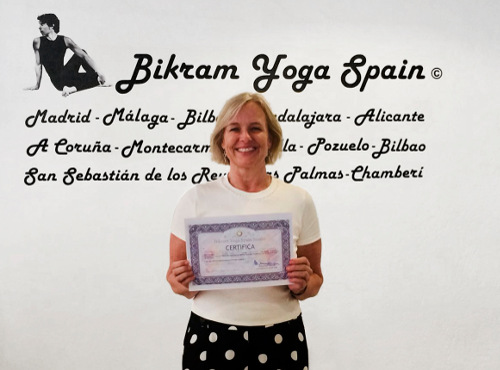 I met Bikram Yoga by chance. An acquaintance had radically changed his physical appearance and I asked him what he had done, he replied that “Bikram Yoga”. In 5 minutes I had searched for the nearest Bikram Yoga Spain © center, and my husband and I started practicing the next day. We had so many positive results that we wanted to open a Bikram Yoga center closer to home, in order to give many more people the opportunity to share the great experience of practicing Bikram Yoga.

“If you want, you can,” and it’s true, now I see myself a year and a half later opening the Bikram Yoga Spain center in Alfaz del Pi -Benidorm.